WE WORK FROM THE DESTINATION 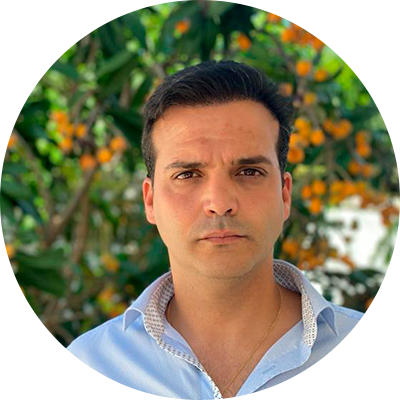 Jorge Delgado, born in 1981, is a technician in food industries, specialized in the elaboration of olive oils and juices.
Almost by nature a restless entrepreneur, at the age of 19 he set up his first company, "Laboratorios Delgado", which gave him the economic push he needed to continue his studies. Parallel to these, he worked at the hotel Zuhayra to later join the management team of zercahoteles as head of the Hotel La Enrea *** and other specialist tasks, among which should be noted the health coordination of the kitchens of some of the hotels of the Group Zerca hotels, events, etc.

Great supporter of associations as a means of local development, he was president of the tourism association of Iznájar (ATI), founding partner of the Estación Náutica Lago de Andalucía (currently holds the position of treasurer), vice president of EMCOTUR (Association of tourism companies in the province of Cordoba) and President of the Center for Tourism Initiatives of the Subbética (Tourism Association of the Subbética Region), where together with a magnificent team, have developed major projects and pioneers in Andalusia as has been the first cross-selling system for a destination, very original promotional activities such as the creation of the most expensive package of inland tourism in the world (1. 000.000 €), brand positioning, as well as many other public-private collaboration initiatives that have positioned the Subbetica region as a benchmark for inland tourism in Andalusia. 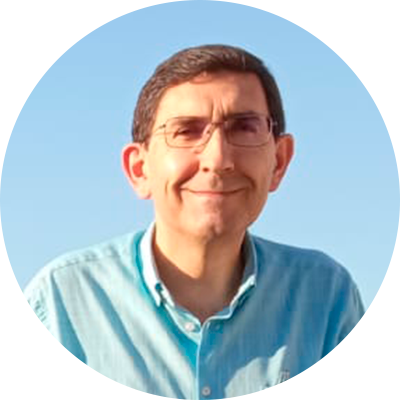 Born in Priego de Córdoba in 1971. He spent his childhood and adolescence in Zagrilla with his parents and six siblings.
He attended primary school in Zagrilla and Priego, and later moved to the city of Granada to pursue a degree in Tourism (Technician in Business and Tourism Activities) between 1989 and 1992. Extensive complementary training in various fields related to rural and inland tourism.
Between 1991 and 1995 he worked in the Grupo Hoteles Globales, where he went in a short period of time from intern to reception manager, working in the Hotel Cala Blanca***, Apartamentos Marina (2 keys) and Hotel Cala'n Bosch ****.

Director - manager of Hotel Rural Zuhayra (Zuheros-Córdoba) since 1996.
Partner and founder, together with several of his brothers, of the Zerca Hotels group in 2003.
Partner and co-founder of E.V.A Incoming Services and D.O. Viajes in 2020. 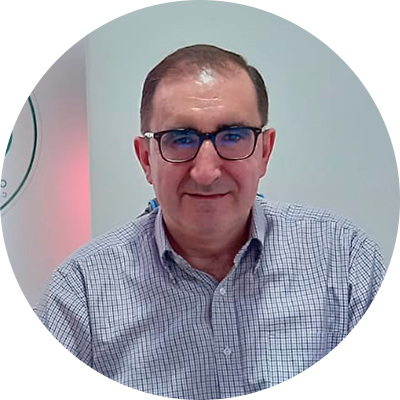 Born in Priego de Córdoba in 1973. He spent his childhood and adolescence in Zagrilla with his parents and six siblings.
Graduated in Business Studies from the University of Granada, he spent 13 seasons working in the hotel industry in Mallorca and one more in the Villa Turística de Priego de Córdoba***. All these years of experience, served to take a step further and take the reins of Hotel Zuhayra** as a partner and co-director. He has also managed other rural hotels in the area for several years, such as the Hotel María Luisa de Rute*** and the Hotel Caserío de Iznájar**.
Supervisor of hotels such as La Enrea** in Montefrío and Mirador de Montoro*** and director of events for various companies.

Co-founder of the Zerca Hoteles chain since 2004 and co-founder of Servicios Turísticos 4U in 2013 where he performs management and human resources functions. 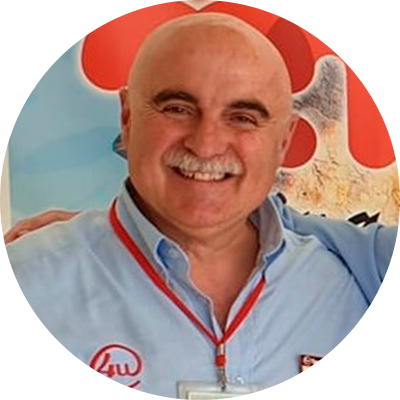